Keep sports betting fun. Set a budget and stick to it.

You know sports but when it comes to sports betting, do you know when to take a shot or when to call a time-out? 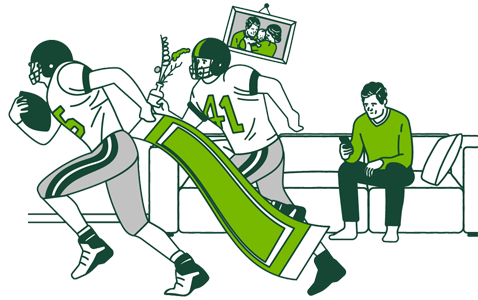 Betting on sports is a fun way to be a part of the action without breaking a sweat. Let’s investigate sports betting to understand how it works so you can play like a champ.

Different formats for the odds

For sports betting, the odds may be presented in one of three formats: decimal, American or fractional. You can usually choose the one you prefer. We present our examples below using decimal odds, which is the common format for sports betting in Canada, Europe and Australia.

American odds are centered on the number 100. An outcome this is favored to occur will have odds displayed as a negative value. The value shows how much you would need to wager to win $100.

An outcome that is less likely will be displayed as a positive value. This value shows how much you could win if you bet $100.

In American odds, your initial wager is not included in the calculation. When you win your bet, you also get your wager back.

As the name suggests, in fractional odds the wager and payout are expressed as a fraction.

In fractional odds, your initial wager is not included in the calculation, so the total payout would have your original bet added to it.

Remember that your payout includes the amount you bet. Your profit on this wager is $10.

To determine your potential winnings on a parlay bet of multiple outcomes, you simply multiply the values of all the odds, then multiply that by the amount of your bet.

Common ways to bet on sports

In a moneyline bet, you simply bet on which team will win. It doesn’t matter what the final score is, only who wins. You can place moneyline bets in almost any sport.

Here’s an example of what you’d see for a moneyline bet:

A futures bet is a bet on the outcome of a series of matches, such as an entire season or tournament. For instance, you could place a futures bet on the winner of the Stanley Cup, the US Open golf tournament or MVP of a certain league.

You can place a bet before the season or event starts, or, in some cases, you can place a bet as it progresses. The odds will change during the season or event, based on all the factors that influence the ultimate outcome. How the competitors are performing against expectations, for example, and who they might be expected to play in the final matches.

If you bet on a point spread, you’re betting that a result is going to happen by a certain amount. It’s not enough that the team you bet on wins—they have to win by more than the point spread.

Here’s an example of what you’d see for a point spread bet:

This is a bet on a particular stat being achieved during the course of an event. The most common type of over/under bet is on the combined points scored by two teams in a game, which is also known as a “game total bet.” Over/under bets may be offered on other stats as well, like the total number of penalty minutes in a hockey game, or the total number of hits in a baseball game.

Here’s an example of what you’d see for an over/under total points bet:

For this game between Edmonton and Calgary, the over/under is 6.5. If you place a bet on the over, you win if the two teams combine to score more than 6.5 points. It doesn’t matter which team wins or what the score is—it could be 7–0 or 4–3. All that matters is the total number of points scored by the two teams.

If the total points scored equals the over/under, it’s known as a push. You don’t win and you don’t lose.   The original stake is returned. 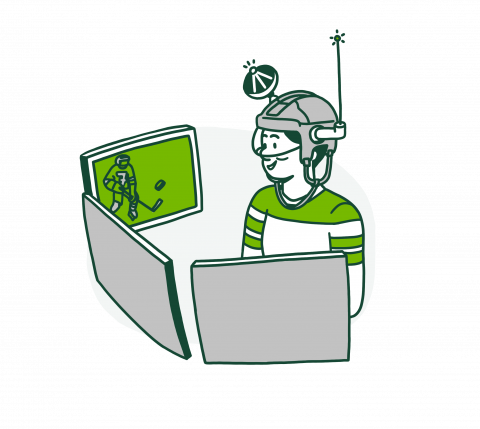 People who know a lot about sports may think they can use that knowledge to their advantage for placing bets.

The challenge is that the oddsmakers know a lot too. They have access to detailed statistics and sophisticated systems for generating odds.

They study the players’ health, team matchups, the weather and anything that may influence outcomes and they incorporate those factors into the odds of a particular bet.

Interactive games that will help you up your GameSense.

GameSense is a registered trademark of British Columbia Lottery Corporation, used under license by AGLC.